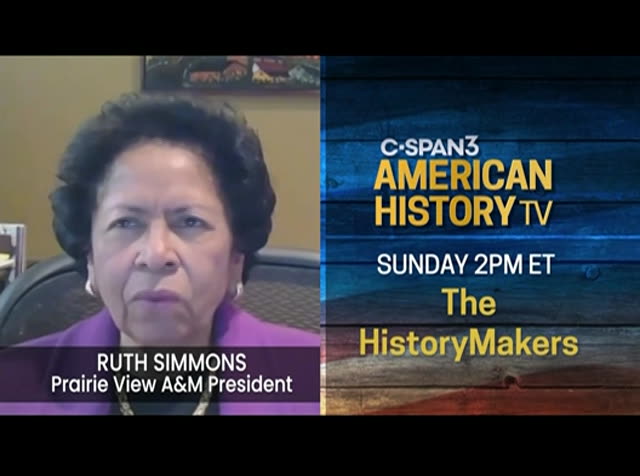 review president. history of african-american education and the importance of the university. and on real america, in light of the recent attack on the u.s. capital, watch on the united states government, and american democracy which offers civic lessons on how the government works. at 6:30 p.m. eastern, author nathaniel talks about his book in the heart of the siege of the tragedy of the welsh of evans about the 1820 sinking of the ship following a firm well attack in the crew. in a p.m. eastern on the presidency, will expect farewells and inaugurations of previous presidents. bill clinton, george w. bush, dwight eisenhower, john kennedy, and ronald reagan. exporting the american story. watch american history tv. this weekend, on c-span three. >> earlier today senate majority leader mitch mcconnell talked about the anywhere attack on the
7:54 pm 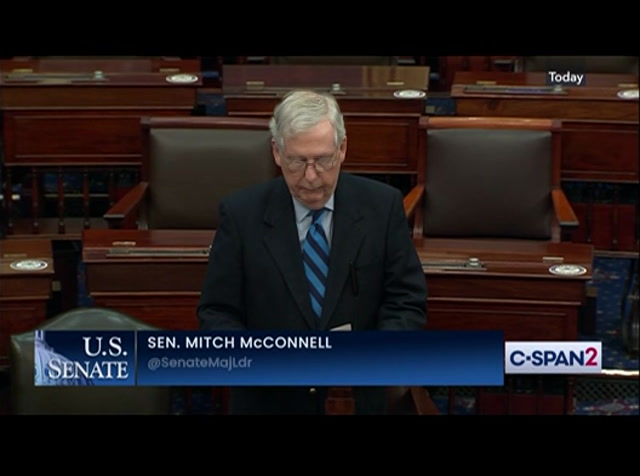 u.s. capital and blamed it president trump for inciting the riots. here are his remarks. last time the senate convened, we just reclaimed the capital from violent criminals who tried to stop congress from doing our duties. the mob were provoked by the president and other powerful people. and they try to use fear and violence for specific preceding of the firstal branch of the federal government. but we pressed on. we stood together i'm a ended said an angry mob would not be over the rule of law in our nation, not even for one night. we certify the people choice of the 46 president. and tomorrow, present biden and vice like carrots will be sworn in. we will have a safe and
7:55 pm 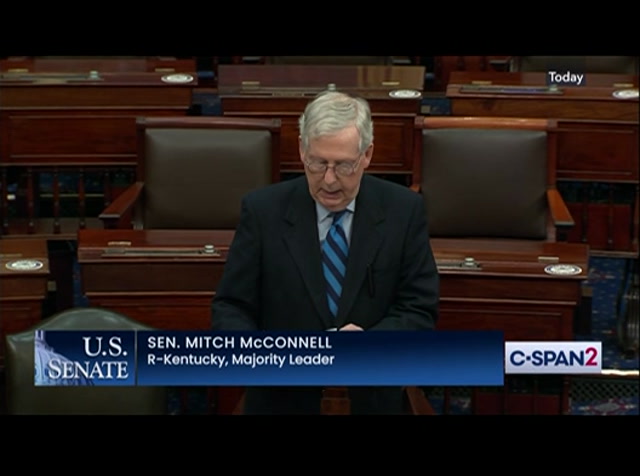 successful inaugural right here on the west front of the capital unit the space the president bush 41 called democracy front porch. then we'll move forward, work with theou american people will continue as it has for more than 230 years. mcconnell: very serious challenges that are nation need to continue confronting. there'll also be great and hopeful opportunities for us s o see. certainly they did not have any mandate for sweeping ideological change. erin americans closely divided senate and closely divided house and a presidential candidate who says he represent everyone. so marching orders for the american people are clear. will have a robust discussion and seeking common ground. if to pursue bipartisan agreement everywhere we can and check and balance one another
7:56 pm 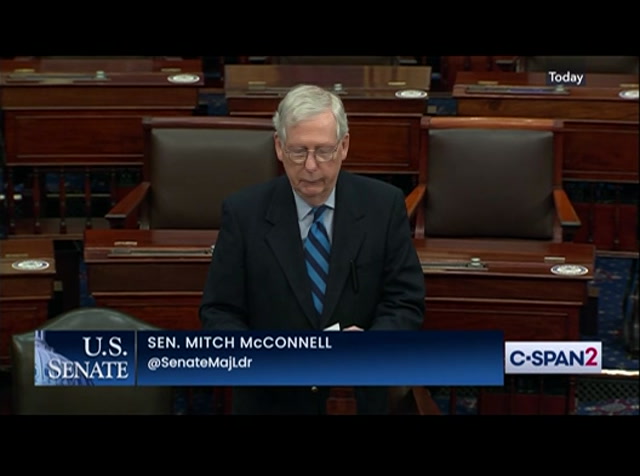 respectfully where we must. and through all of this, we must always keep in mind that were all americans. all of this country and we are all in this together.ea now on a related manner, great deal is already been said about the disgraceful events of january's the. more will be said in thehe weeks ahead. 9 percent fbi is already made least 100 arrests and justice department reports more than 275 persons under investigation. a number that is climbing fast . not to commend the work of the department to swiftly investigateig and bring that offenders to justice. and as i have stated january 6, institutions protocols and planning. this failures did not leave congress itself exposed but alsc left the greatest and women of the capital police themselves in
7:57 pm 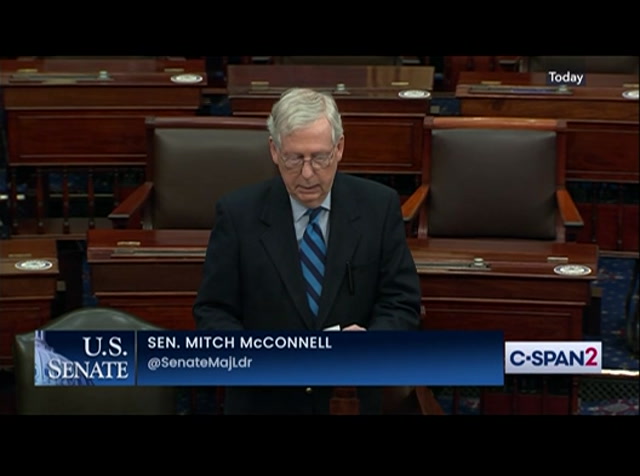 a totally un- tenable situation. mcconnell: reaffirmed the huge respect and gratitude that i have and i believe all senators have the men and women of the u.s. capital police. with their own safety on the line every day for clock in and stand guard. these are the institution of congress, nor the american people will ever forget the bravery of the officer who sacrificed himself to protect this place and those inside it. we will not forget our friends and officer howard, and will never forget the brave u.s. cp officers and their families. there is more than just comforting to come to work in a place protected by such fine men and women. they risk themselves. this also very humbling.
7:58 pm 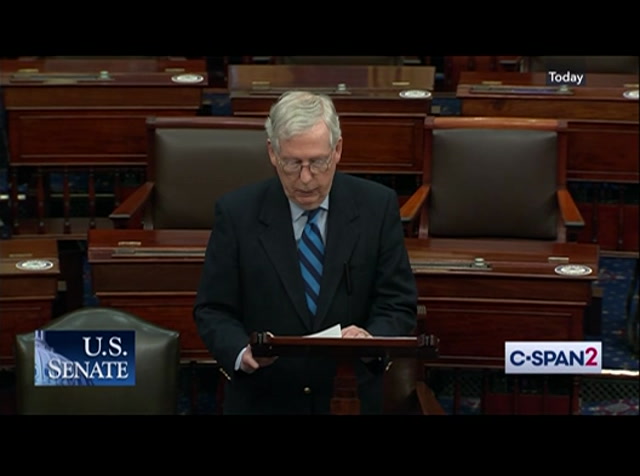 rosa grateful to the local officers from dc virginia and maryland freighted federal law enforcement officers and national guards and secret service. and all the other professionals who help subdue the criminals and secure the capital on the sixth and working together to protect peace and order. and tomorrow the president and vice president will swear their oath of office and they will also do so safely and securely because so any brave men and women have sworn their own paths to supporten and defend our prosecution. we salute you all. >> lawmakers are now preparing for tomorrow's inauguration president-elect joe biden and vice president-elect, harris in both former senators. we also expect tomorrow, three new senators georgia democrats in california democrat alex will be sworn in leading the 117th
7:59 pm 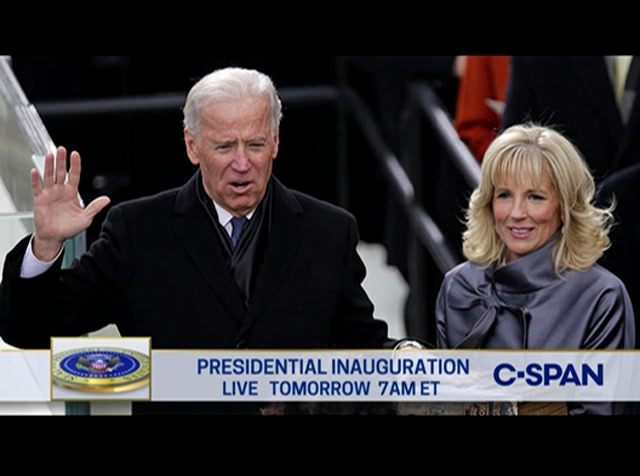 senate, 50 republicans, 48 democrats and two independents to caucus with the democrats . the kamala harris becoming president of the senate, she will pass the tie-breaking votes are needed more lives senate coverage tomorrow starting at 4:30 p.m. eastern. here on "c-span2". tomorrow, unless front of the u.s. capital, joe biden will be sworn in as a 46 president of the united states. standing on the same platform work just two weeks ago, group of trump supporters rioted and forced their way into the capital. president-elect joe biden was a the oath of office and deliver his inaugural address hundred noon and usual circumstances with smaller crowds due to covid-19 restrictions . and security concerns. watch our live faulty coverage of the historic inauguration for joe biden and kamala harris .
8:00 pm 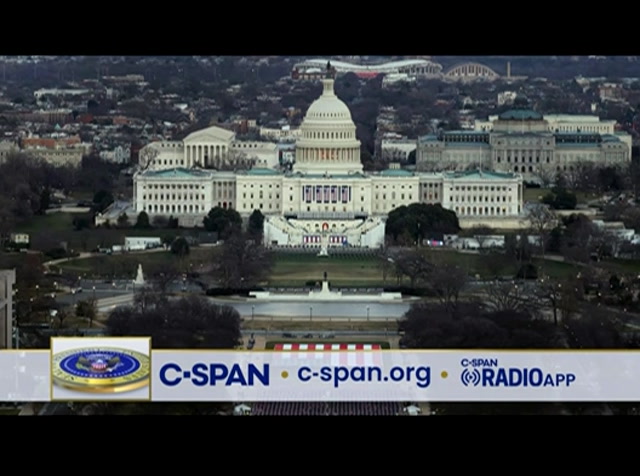 starting at 7:00 a.m. eastern including live coverage of president trump's departure from washington as he boards air force one for the last time as president and military review, a tradition which honors the peaceful transfer of power to a new commander-in-chief followed by former president bush, clinton, and obama. joining president biden in arlington cemetery. ... ...
left
right
disc Borrow a DVD of this show DVD
tv

Senate Majority Leader McConnell spoke about the January 6th attack on the U.S. Capitol, and blamed President Trump for inciting the riot.