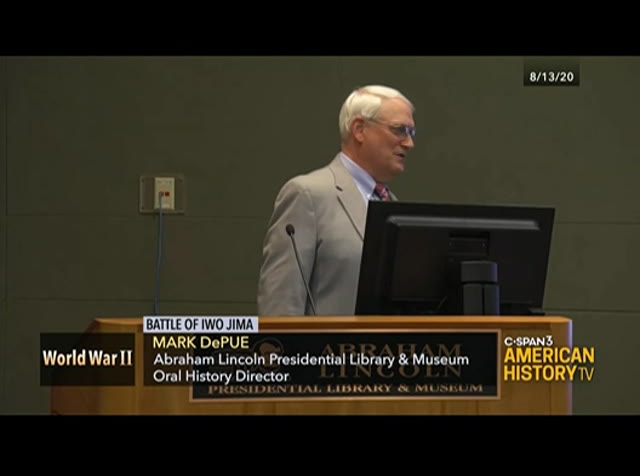 to begin with. tried to run in that. it was almost impossible. they had plenty of vehicles landing about the same time as well, but the vehicles had the same vehicle of getting out of that sand. it was only until in subsequent ways they got bulldozers to cut through the trellis and get into firmer ground once they got further insight. announcer: learn more about the battle of iwo jima sunday at 2:00 p.m. eastern, 11 a.m. pacific on american history tv. ♪ >> new york where in 1882
2:51 pm 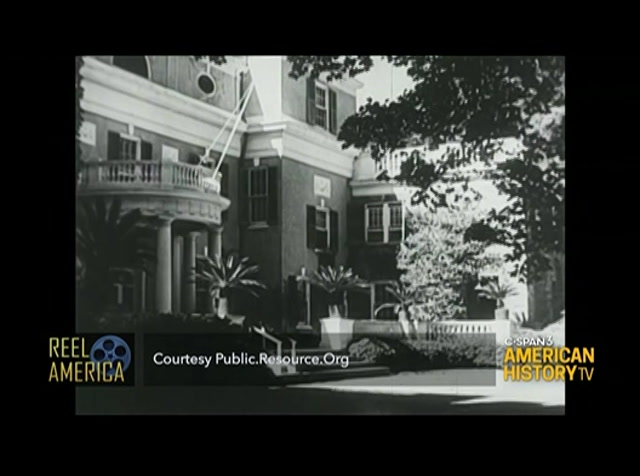 franklin delano roosevelt was born. following a political career roosevelt became assistant secretary of the navy in 1913. in 1920 he campaigned unsuccessfully for vice presidency. when illness interrupted the political career. when the country appeared to be in a world of prosperity he tried to become candidate for ne governor of new york. governor roosevelt served two terms as chief executive of the empire state. liberal ideas marked his --
2:52 pm 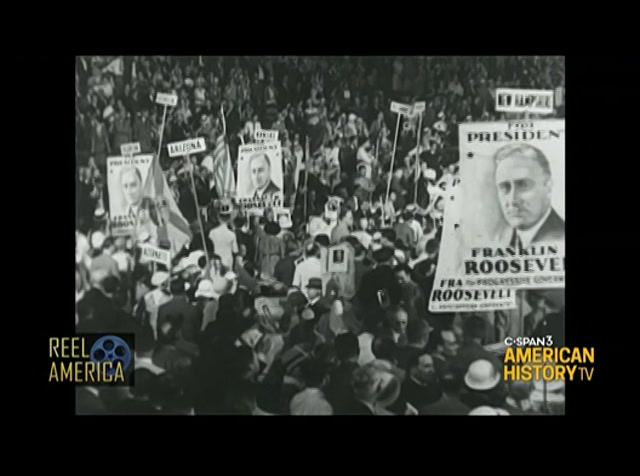 -- the forgotten man became his campaign slogan. president hoover was a symbol of personal depression. as the black wash of postwar engulfed america, the unemployed marched upon washington. the nation demanded a change in roosevelt was swept into the presidency. he defeated herbert hoover. mr. roosevelt was the last to take the oath of office on the march forth the march forth date. -- march 4th date. the president's first inaugural address called for a program of social legislation, production of expenditures, and emergency powers to bring about recovery.
2:53 pm 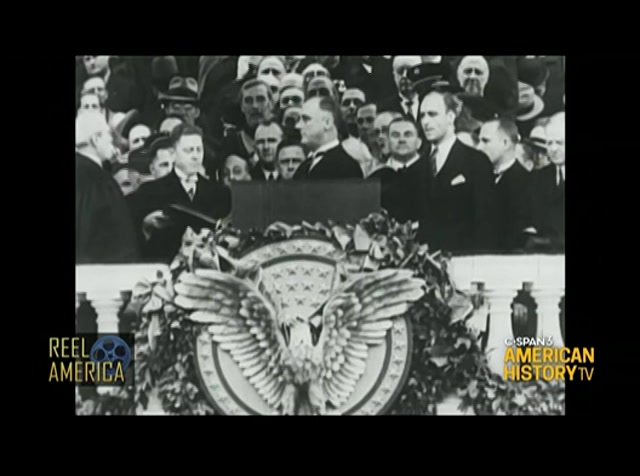 almost immediately upon taking office the new president closed all banks by proclamation. the financial world was broken. a new power held the reins. the nation rallied to the nra is about -- motivating force for recovery. the aaa was enacted. the nation was plagued with labor dissension, textile strikes, waterfront worker disputes, and for the first time, sit down strikes in the automotive industry. camps aided millions of unemployed. supported by his new deal advisors the president sponsored job insurance, pensions, social
2:54 pm 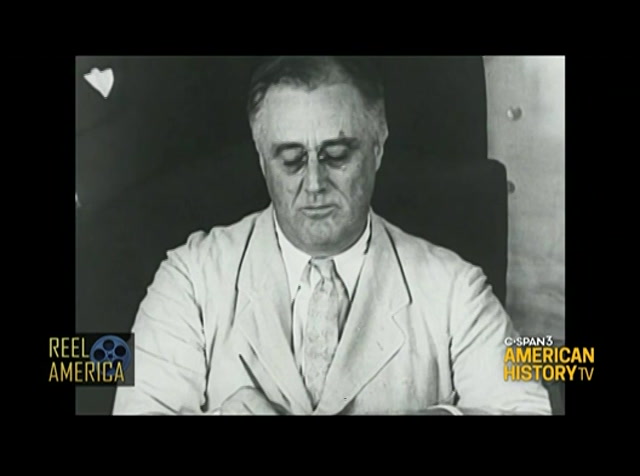 security and other general social measures. governor landon in 1936, gave opposition which failed. in the fall 1936 the president visited south america to advocate his good neighbor policy. president roosevelt became the first chief executive to be sworn in on the new inaugural day, january 20. pouring rain dampened the scene, but not his bristling address to the nation. with war spreading in europe and asia president roosevelt solemnly pledged the united states would fight to protect
2:55 pm 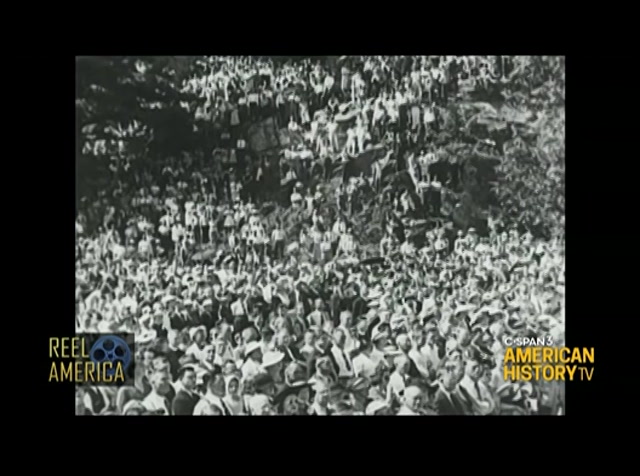 canada if that country were ever invaded. the devastating march of war over cold war democracy directed his attention to international problems. embargoes listed, naval aid was given to great britain. in 1940 wendell wilkie became the first third world candidate. the president was reelected by 27 million votes. the best third term candidate he defined his campaign activities largely through defense inspection. january 20, 1941, a journey never before made. the president elect was elected to a third executive term.
2:56 pm 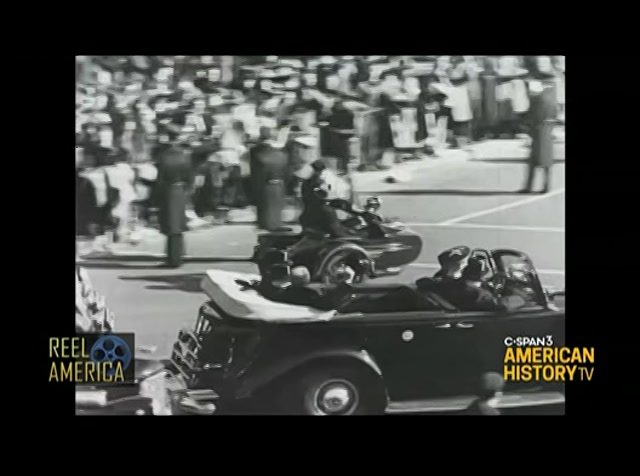 the president responds to their enthusiasm. a solemn event in the life of this nation. the people have chosen to guide, serve, and protect the country for the next four years, the symbol of freedom. vice president garner passes from the national scene when he swears and henry wallace. chief justice hughes administers the sacred oth. >> i, frank linda eleanor roosevelt, solemnly swear i will execute the office of the united states and will come to the rest of my ability, preserve, protect, and defend the constitution of the united states. >> so help you god. >> so help me god. [applause]
2:57 pm 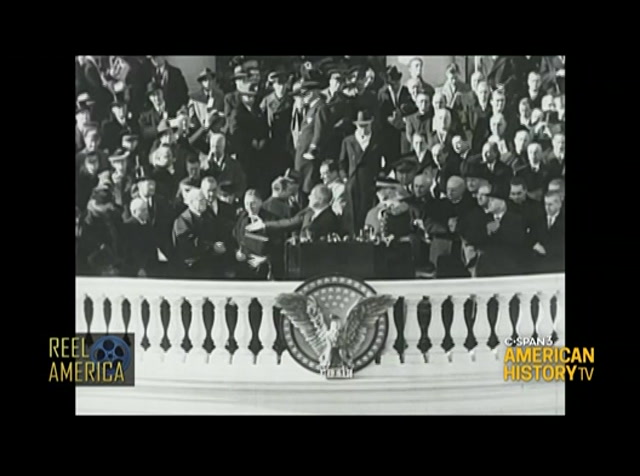 >> president roosevelt accepts with confidence and grace that which george washington refused. >> in this day the task of the people is to save that nation and its institutions from disruption from without. in the face of great perils, our purpose is to protect and to perpetuate the integrity of democracy. for this we must. the spirit of america and the faith of america. we do not retreat. we are not content to stand
2:58 pm 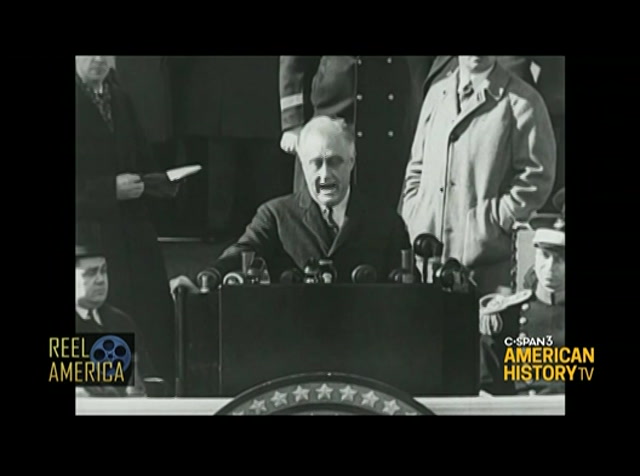 still. as americans we go forward in the service of our country by the will of god. [applause] >> his address finished with the stirring spectacle of the inaugural parade. reviewing troops at the court of freedom. a military parade for which the defense program is the keynote. the west point cadets. ♪ ahead, four grim, uncertain years. for president roosevelt he's
2:59 pm 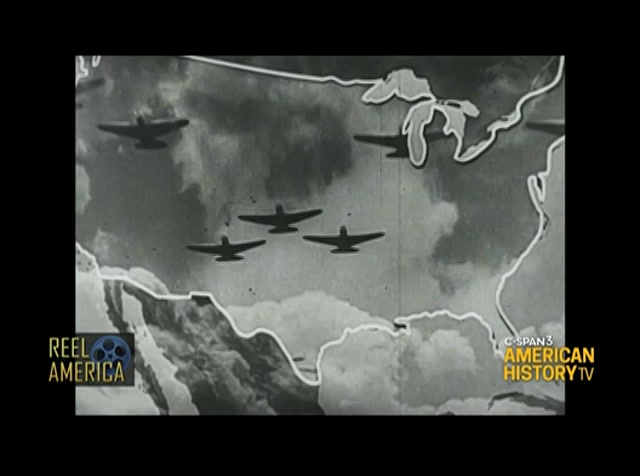 tried to protect the nation without sacrificing its heritage. aiding with airplanes, ships, and guns other democracies trying to banish oppression and safeguard the rights of freemen throughout the world. ♪ the army demonstrates to the nation of the world that america's defense has begun. ♪
3:00 pm 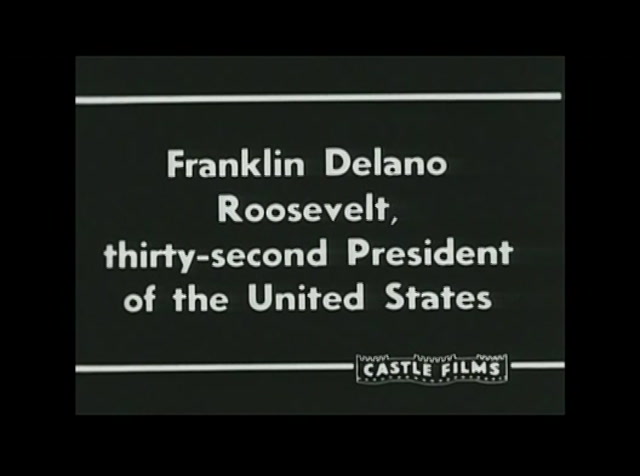 >> american history tv is on social media. follow us @c-spanhistory. >> author alexandra finley speaks about her book, “an intimate economy: enslaved women, work, and america's domestic slave trade.” miss finley describes how she chose the enslaved women profiled in her book, and how she researched the complicated relationships and work within the slave trade. "the journal of the civil war era" provided this video.
left
right
disc Borrow a DVD of this show DVD
tv

This Castle Films newsreel summarizes the life of President Franklin Roosevelt up to and including his third inauguration ceremony and parade on January 20, 1941.