Due to a planned power outage on Friday, 1/14, between 8am-1pm PST, some services may be impacted. 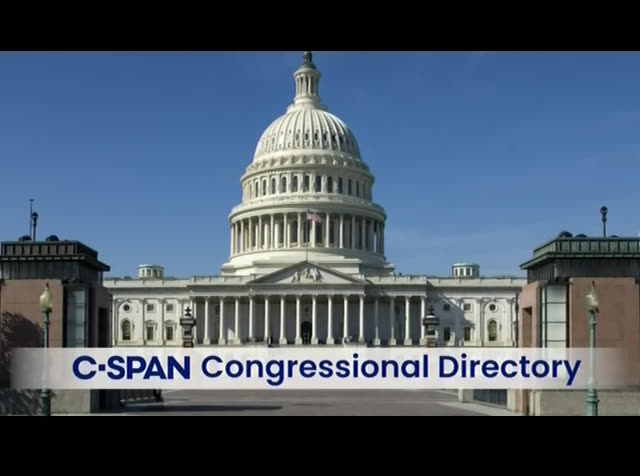 >> during the summer months, reach out to your officials with c-span's directory. it has all the information you need to stay in contact with congress and state officials. order your copy online. >> washington journal continues. host: we'll spend the next 45 minutes talking politics. we're joined by the editor and chief of "national journal" hotline. here to talk about the presidential race, the key senate races obviously. let me start first with a piece of yours from last week in "national journal" that was headlined divided party or big ten. the sub head said while the g.o.p.'s ideological diversity is straining to govern, democrat's divisions are propping up a big tent for now. tell me about the democratic side of things first. joe biden has key decisions to
1:52 pm 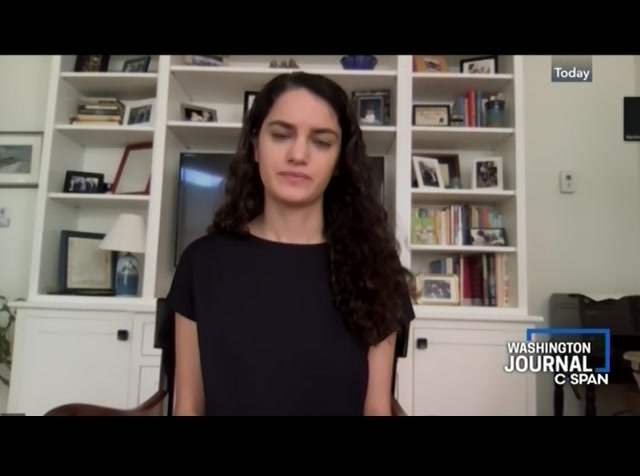 make here in the coming week or so about who will be his vice-presidential pick. what do you think that comes down to in terms of the important things in his decision, what's going to count most? guest: right. i think the number one issue for joe biden is doing no harm. the vice-presidential pick is only going to have so much of an impact on the general election in november. what he probably is most concerned about at this point is making sure he's choosing somebody not going to hurt his prospects. luckily for joe biden democrats are not in a majority in the senate and they do not have control of the white house. that means that all those democrats divisions we hear so much about and that were front and center in 2016 president am primary are not really being showcased right now because they're not -- democrats are not having to make agreements to actually vote on legislation. in the house they do but they
1:53 pm 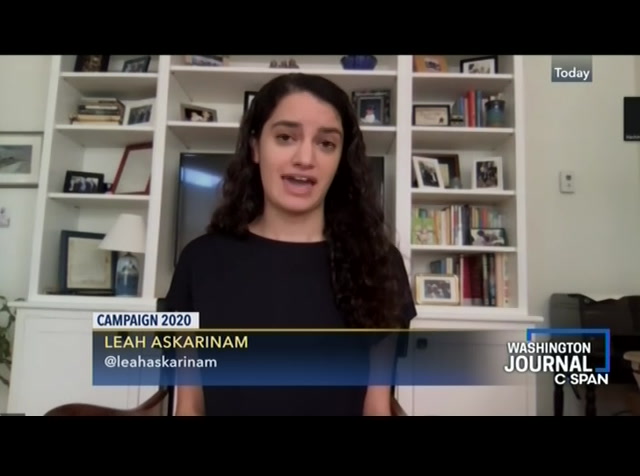 have the republican senate majority to check them. that means that joe biden will be able to create this democratic coalition that includes members of the party along with more moderate especially the suburban former republicans we keep talking about. all under one coalition with kind of a common enemy in donald trump. meanwhile, republicans in the senate are having to grapple with their ideological divides in terms of especially the budget and spending as they figure out how to deliver a relief package which is going to be especially important for the most vulnerable senators in 2020 in november. two of them are seeking re-election to states that hillary clinton want in 2016. host: go back to the image of the big ten for democrats in terms of the vice-presidential pick. former republican governor chris christie was on this network interview last thursday
1:54 pm 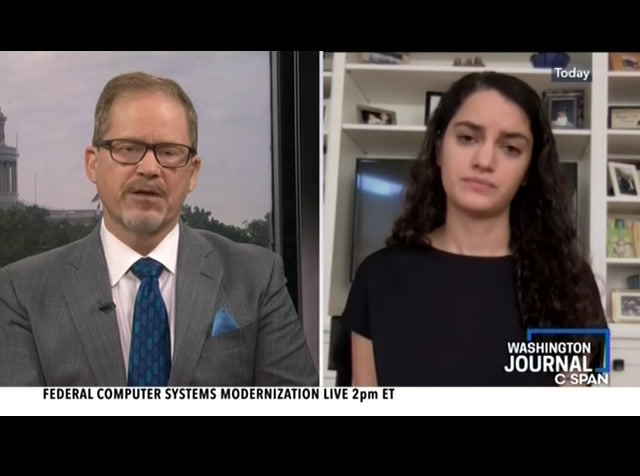 or friday with bob kosta of the "washington post" and said vice-presidential pick doesn't matter. in terms of the democrats does it matter who is picked as vice president? when it comes to voting on november 3? guest: it does matter in terms of the idea that the vice-presidential candidate could introduce issues that become divisive. again, more of a do no harm issue rather than trying to encourage more voters to come out. there is a sense that if there's a particularly exciting candidate possibly democrats could get enough enthusiasm, something they are lacking in november, something that republicans, donald trump knows nervent -- fervent supporters are more excited to vote than joe biden's support. what joe biden has which is a big advantage is this major slate of women who have already been pretty heavily vetted and
1:55 pm 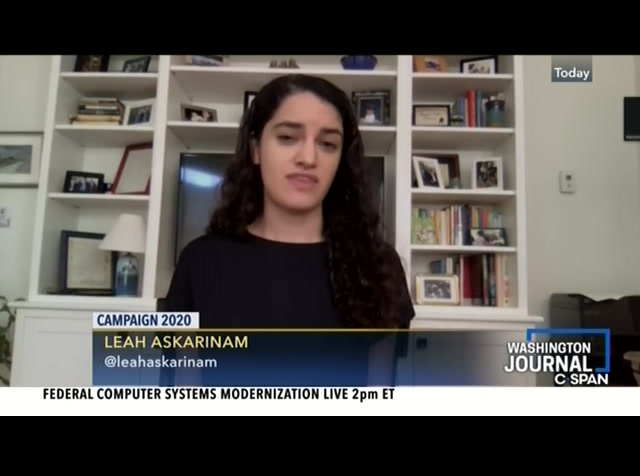 that's because a lot of them ran for president. and people like senator kamla harris was once seen as a frontrunner it seems like forever ago but was once seen as a frontrunner for the democratic presidential nomination and she's gone through the gauntlet in terms of media scrutiny and opposition research and she's been on the small stage. in a lot of ways she's a really safe choice. voters tend to know her a little better than they might know a member of congress he might choose. host: let me get a snapshot of polls from real clear politics, this is what they do in amalgamating polls together but some of the states, their latest north carolina trump v. biden show biden up by four and in georgia up by one and the latest on the general election is up by friday from real clear politics and shows biden up by
1:56 pm 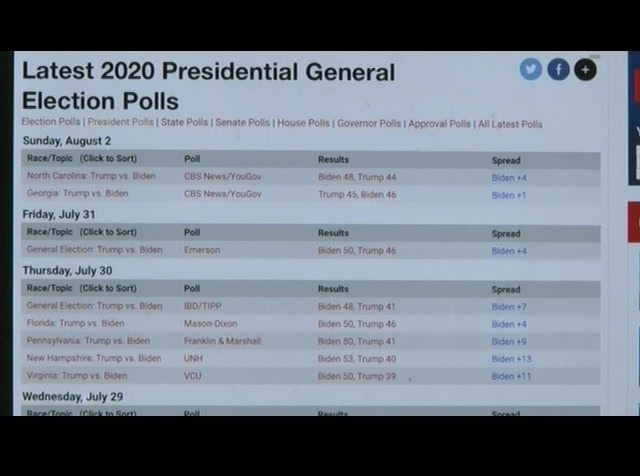 four. what in general is your take of polls at this date three months out? guest:
1:57 pm 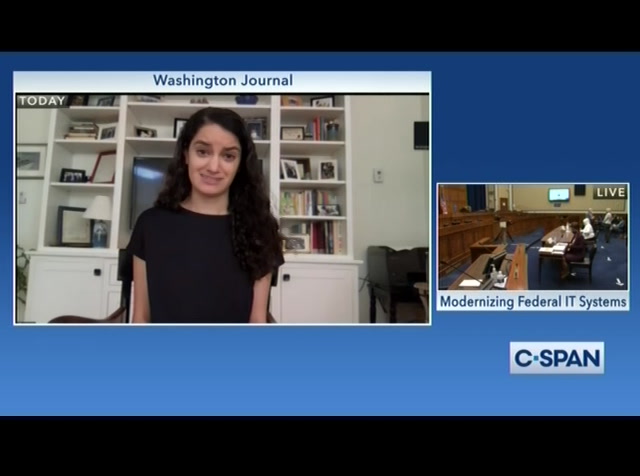 stake inicans of more the presidential race and the governors race. inse are really high stakes november. before we get to calls, let's turn to a senate race. primaries coming up tomorrow, one of two primaries. let's focus on kansas in the race between roger marshall
1:58 pm 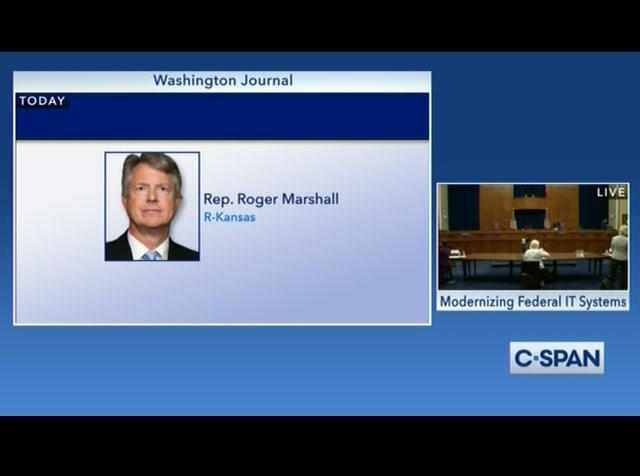 facing off against the secretary of state in that state, kris kobach, who served for a brief period of time in the trunk administration. tells about the dynamics at play. republicans are concerned about nominating kovach. candidates,her meeting that kris kobach could win the nominee -- nomination. they are concerned because he lost a governor race in 2018 to a democrat.
1:59 pm 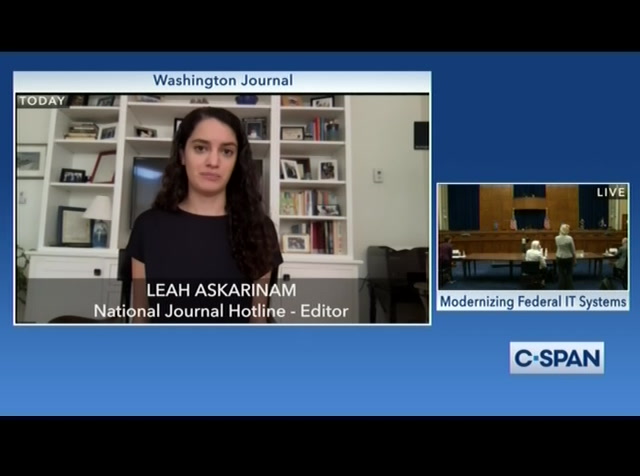 in addition to this with two and then north carolina, the ideas republicans would have to invest in kansas would be a major blow to morale. host: we will look at some of those over the course of our conversation. merrimack, new hampshire, republican nine. good morning. aller: i notice joe biden said he had to pick a block for vice president. when the women dropped out, he lost the women vote. i guess he figures a graph -- a just about will their color and gender and not worry about issues. joe biden doesn't have any issues and he can't run on his
2:00 pm 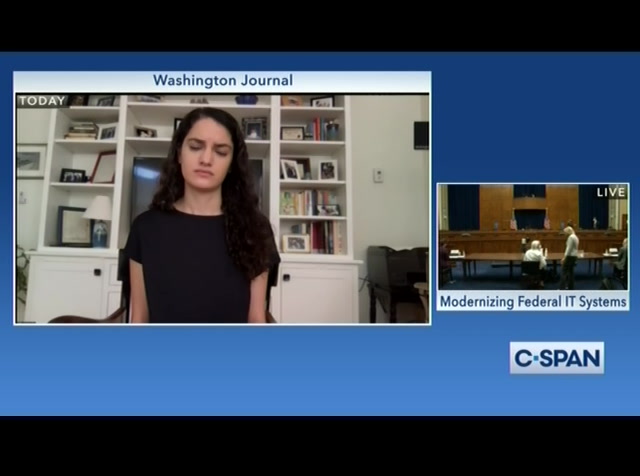 i find it ironic he would narrow his choices on that basis. i have some recommended reading. "uncle tom's'scabi -- tom's cabin." guest: this is not an issue of joe biden trying to convert to black women, it is an issue of ginning up the base and increasing turnout. the idea that joe biden has lost women because he took women out in the debate, that doesn't really have merit considering that women have been trending toward the democrat party, especially since the trump administration.
2:01 pm 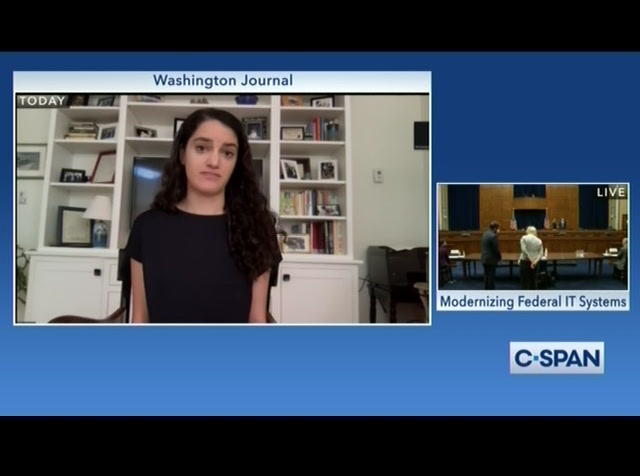 it's been going on for over a decade now. was going to have support come in. on top of voters' mind is donald trump. margins have been increasing with latina voters. problem inbe a places like arizona, where margins make a big difference. host: let's hear from sergio in pompano beach, florida. good morning.
2:02 pm 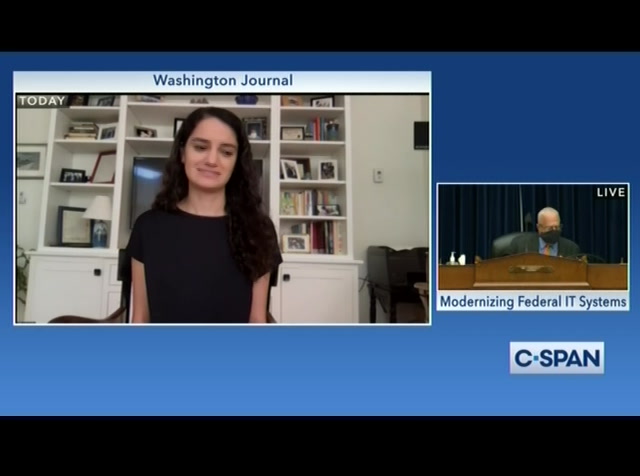 is about the campaign. how would that straighten the campaign 2020? especially the democratic convention coming up? withwill help joe biden the presidential pick, as well. and the republican base, as well. convention istic a big question right now. we are not sure when it is going to end up happening. we have never done this before. usually, democrats and republicans have a convention. that willo guarantee happen this time around. there is no guarantee it will be on either side.
2:03 pm 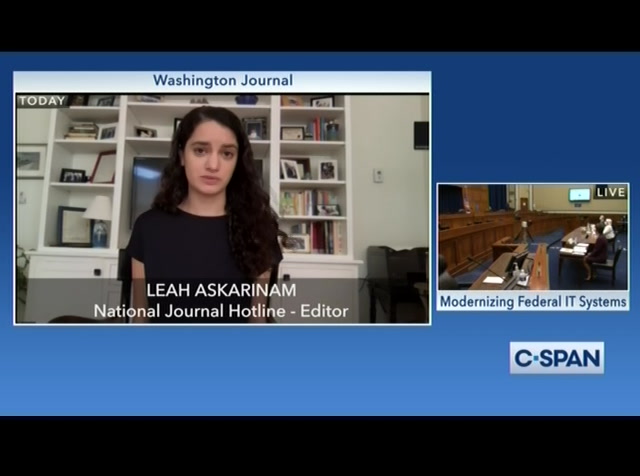 mark right question now. want it as much as possible. it is hard to do that amend the pandemic. st: there was a report this a spokesman for the national convention side of the coronavirus pandemic. a convention official contradicted the assessment sunday, emphasizing no final decisions have been made. you just mentioned some of the lineup for the democratic convention that will be held in milwaukee in august. we don't know any sort of lineup or schedule for the rnc virtual convention?
2:04 pm 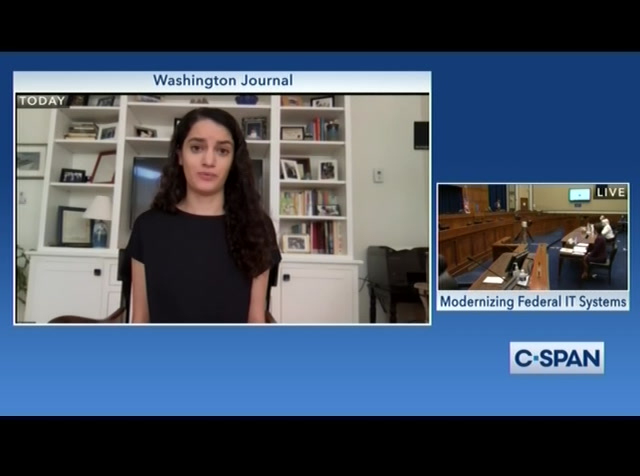 guest: no. there are some things that are going to be happening on the democratic side. they have been playing the virtual convention for months. republicans shifted their plans in the past weeks. we don't know who will be speaking or if we will see trump accept the nomination. we might not have an answer until the day of the convention. host: from michigan, the independent line. caller: have a couple of questions i want to ask. i heard this morning on the news -- >> welcome, everybody, to the subcommittee. before we begin, pursuant to
left
right
Borrow Program
tv